The 2014 National Sea League Final beach fishing competition was held over the weekend of 22nd/23rd November, in North Norfolk, fishing the shingle ridge beaches of Cley, Salthouse  and Kelling/Weybourne. The Kelling Heath Holiday park, just a short distance away was the organisational, residential and social headquarters for this event.

Eastbourne based A & T Tackle  (pictured below) came 6th and were the top finishing team representing the Eastbourne Sea League. 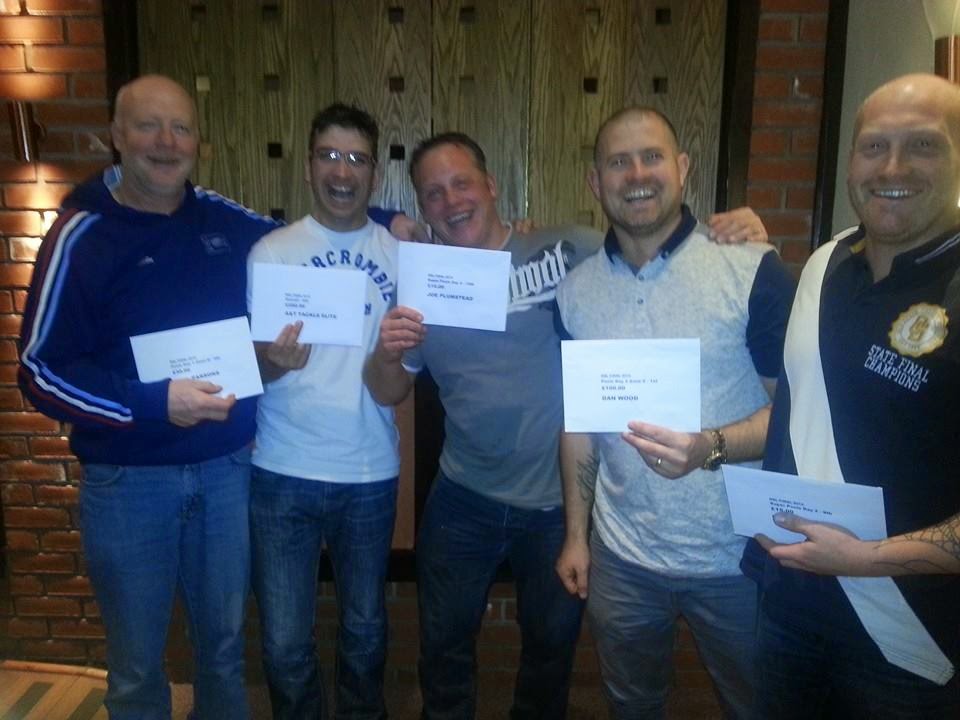 Our very own Anglers Den team came in 8th position!! Well done lads, not bad at all out of 27 Teams!  Anglers Den were represented this year by Kevin Morgan, Jamie Morgan, Ian Hopper, Dave Dawson and Kim McGreevy.

Full final team positions can be viewed at
http://www.seaanglersmatchfederation.com/NSL%202014%20Results.htm


The 2015 National Sea League Finals will be in Eastbourne in Oct/Nov (date to be set)
Posted by Unknown at 13:26