Night Fishing for Cod getting better and better in November 2013!!

Cod arrived at last, and night fishing for Cod getting better and better - November 2013!!

During mid-November 2013 we had reports of a number of good sized cod being caught from the beaches at Pevensey and Eastbourne .
A 9lb Cod was caught at Normans Bay and two 7-8lb ers at Langney Point . A similar sized one at White Horses and a 3lb er at the Kiosk. But the fish to top them all is this fantastic fish caught by Steve Martin - pictured below. 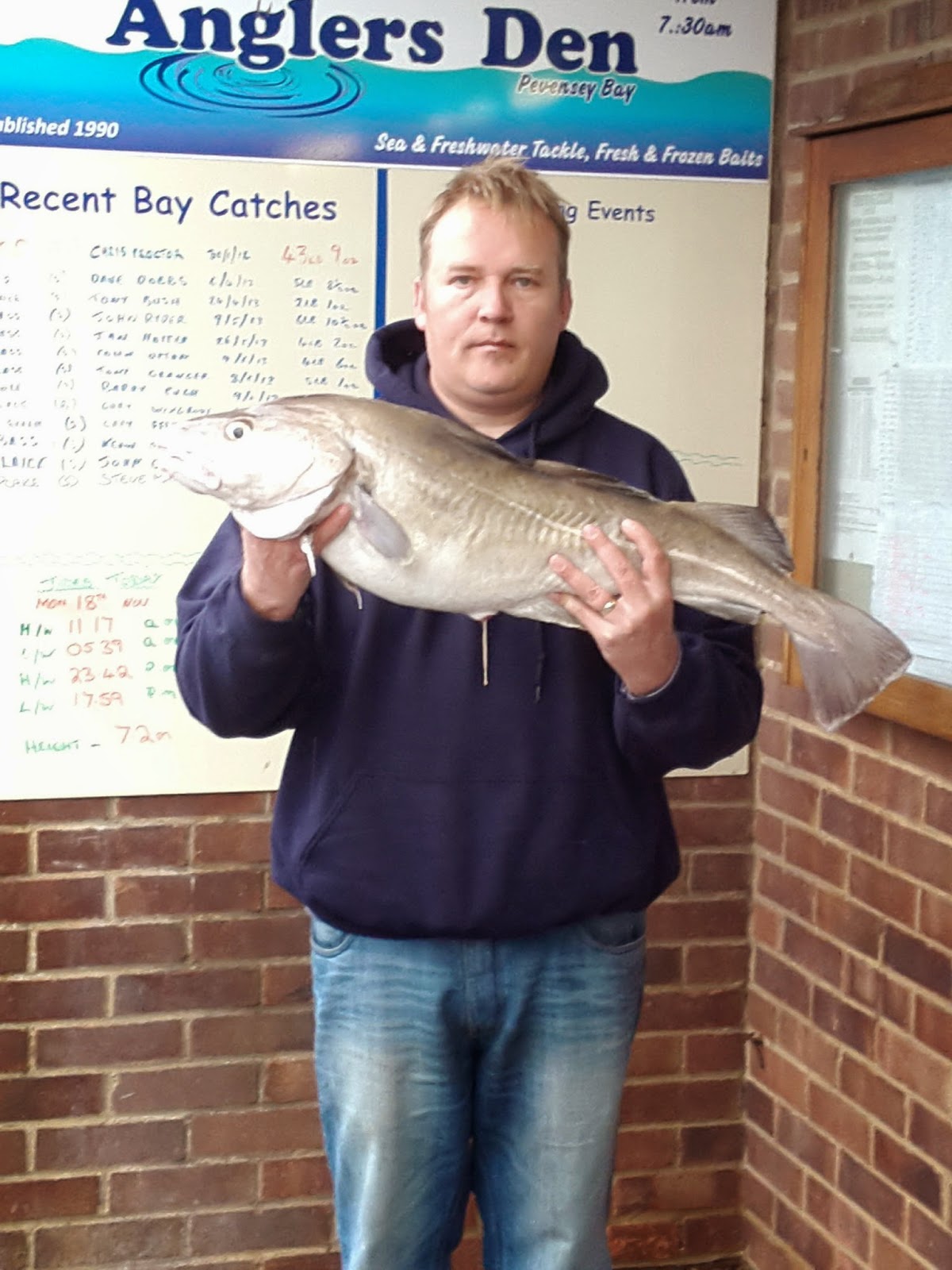 It was caught at Eastbourne on Sunday night and weighed at Anglers Den on Mon morning 18/11/13. It tipped the scales at an impressive 14lb 1oz ! The fish is a new Anderida fishing club record, beating the previous record of 11lb 9oz held by Trevor Rooney. Well Done Steve!!

The following week saw night fishing for cod getting better and better with an unprecedented amount of Cod being caught from the beaches at Eastbourne and Pevensey. Night fishing with big baits seems to be the preferred method. Big lug baits loaded onto 5/0 hooks proved the right tactic for Tim Harmer (pictured below) who was fishing with his buddy Bill Simms at Langney Point on Tuesday night. Bill landed a 5lb cod while Tim caught 2 huge fish! 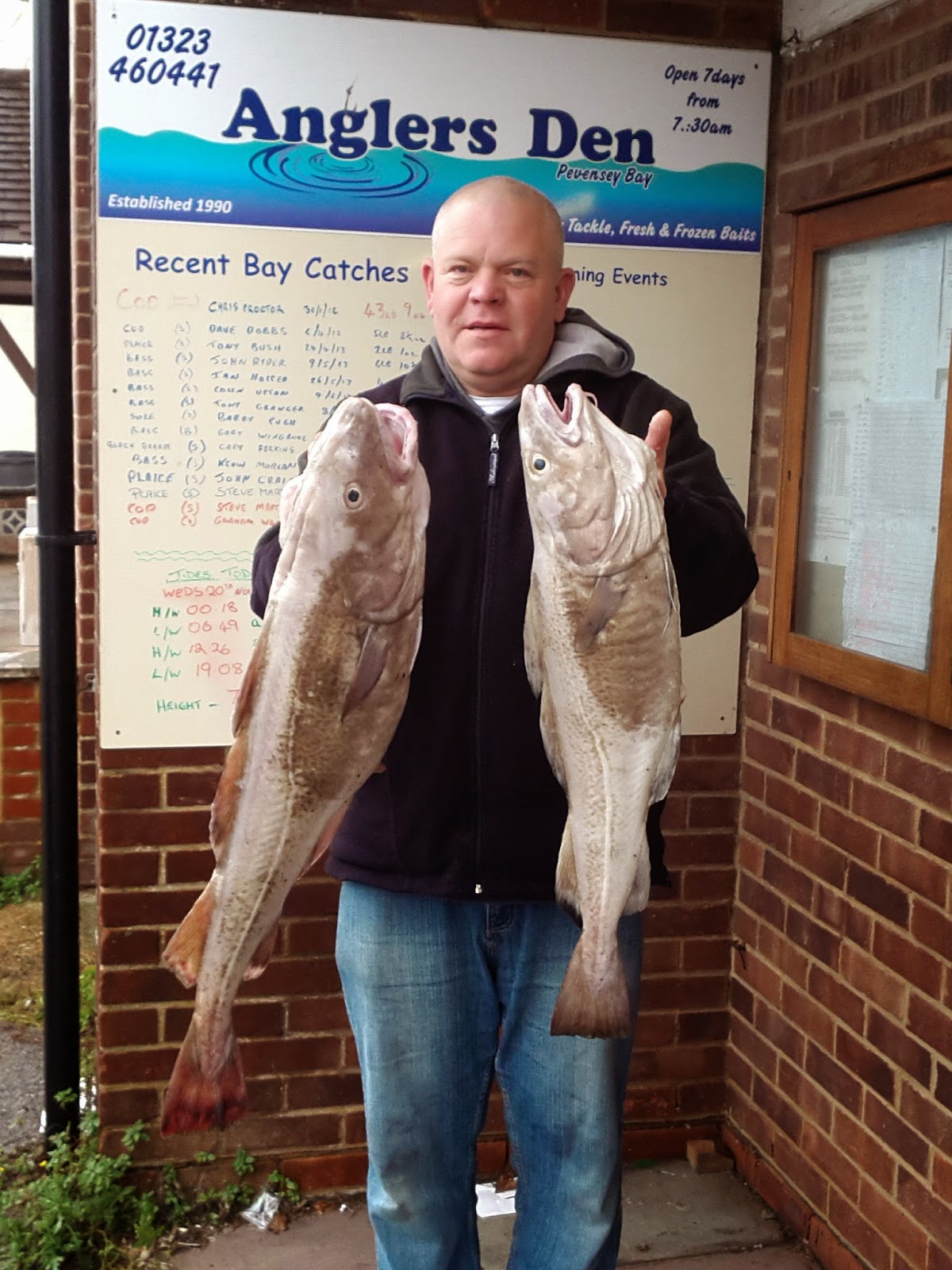